How to Build an ADU in San Antonio

Although they are still a niche part of the real estate market, ADUs (accessory dwelling units) are taking San Antonio by storm in an exciting way. Thousands of homeowners across Texas are reaping the benefits of these small homes. We’re thrilled to see major positive changes taking place with local regulations.

However, there is still a lot of confusion about how exactly a homeowner goes about building an ADU on their property. What is allowed? How much does it cost? How do you get started building an ADU? What is an ADU?

Of course, you can’t build an ADU without knowing exactly what it is! Contrary to popular belief, ADUs and tiny homes are not the same.

Also known as a granny flat, in-law suite, secondary structure, and even casita, an ADU is a permanent housing structure built in addition to a main primary residence on a single-family property. This structure can be used for passive rental income, housing family, or even just as an extra workspace.

As an ADU is meant for long-term housing, it must come with all the basic necessities that you would find in a regular-sized primary residence. Think of it like an apartment. This includes:

And several other important things to ensure the structure is up to code as a habitable unit. An experienced ADU designer should know how to incorporate all of these things into the footprint, but we’ll go more into that later.

This is where things get tricky. Every city is allowed to make its own rules for ADUs, so what’s allowed in Austin or Houston may not slide here. Not to mention, with so many changes happening in ADU regulations, a lot of resources out there are slow to update their information.

These are the regulations for an ADU in San Antonio as of August 2022. 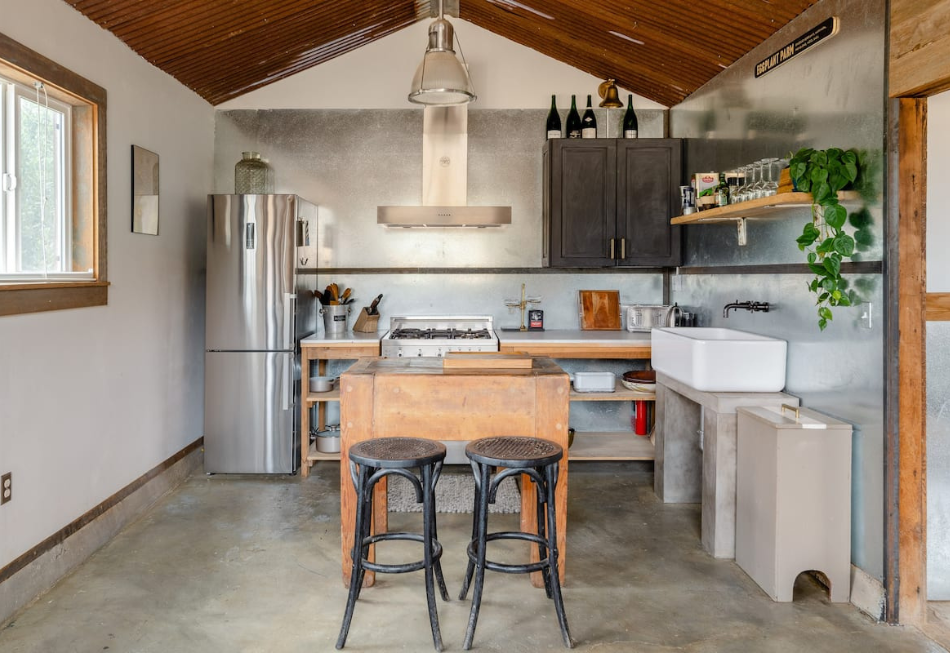 For context, 400 sq ft is enough for a studio living space, and 800 sq ft could comfortably fit two bedrooms. However, a detached ADU can only have one bedroom according to regulations. We hope this changes in the next round of adjustments to ADU regulations in San Antonio.

While San Antonio’s regulations are already at a good start, we see some room for improvement. Luckily, the city is already considering making some changes including the following:

Several more changes have been discussed, but these are the stand-outs we’re most excited about.

$125,000-$350,000 is the general price range to build an ADU in San Antonio, whether it’s a custom stick-built ADU or a prefab. Currently, $125K would be on the very low end of the spectrum, possibly for a garage conversion. Most ADUs are likely to cost more.

The price of your ADU will depend on:

The price will also be affected by the availability of materials and labor and the impact of other regulations. 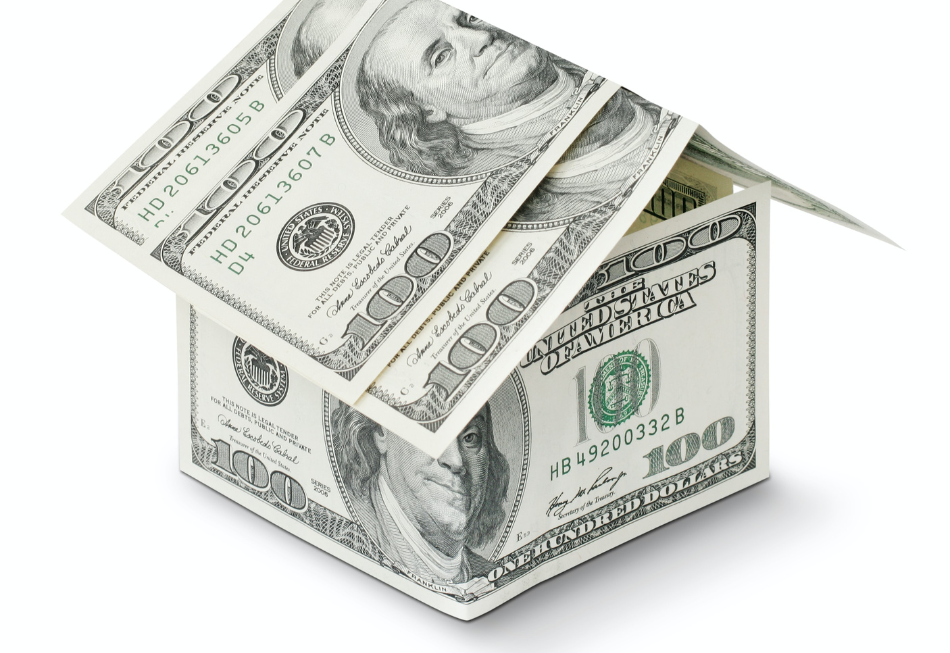 Cost per square foot numbers are deceiving for ADUs

Notice how we don’t mention cost-per-square-foot numbers? That’s because there are a lot of factors that can skew this number. Just because your neighbor spent $400 per square foot for their ADU doesn’t mean your project will be in that same ballpark.

Kitchens and baths are expensive square feet. They require pricey elements such as cabinets, countertops, tile, appliances, fixtures, waterproofing within walls, and more.

The rest of a home, such as the living room, bedrooms, and halls, are considered cheap square feet. Those rooms consist of empty space plus heating/AC and electricity. The first 400 square feet of an ADU are the most expensive to build because so much of it is taken up by the kitchen and bath.

If you’re building a 500 SF ADU, its cost per square foot will be much greater than that of an 1100 SF ADU. And if you’re comparing the price per square foot to that of a 3000 SF home, the difference will be tremendous.

How to Build an ADU in San Antonio

Now that you know the basics, how exactly do you get started?

It’s important to define the purpose of your ADU because that’s going to affect its design, finishes, siting, and probably your budget as well.

Nationwide, these are the top reasons people build an ADU:

Each of these calls for different design specs. For instance, if you’re creating a space for your aging parents, you’ll naturally want to use a universal design that’s accessible to people who might someday have problems with mobility.

You might want to make sure there’s room for a ramp, a parking pad next to the unit, or other amenities that’ll make Mom or Dad love you even more than they already do.

If you’re planning on renting the ADU to someone who’s not a family member, you’ll likely want durable and functional finishes, and you’ll want to max out your bedroom and bathroom count.

Step 2: Get pre-approved for a loan

There are few things more heart-breaking than excitedly collaborating with your ADU designer on ideas, signing off on the plans, submitting to the city, waiting for months, and then finally receiving your permits, only to find out you don’t qualify for a loan to build your ADU.

This is why we can’t stress enough how important it is to talk to a lender from day one to make sure the project is financially feasible for you. Make sure to talk about the different loan options with your lender to decide on an option that fits best for your situation. 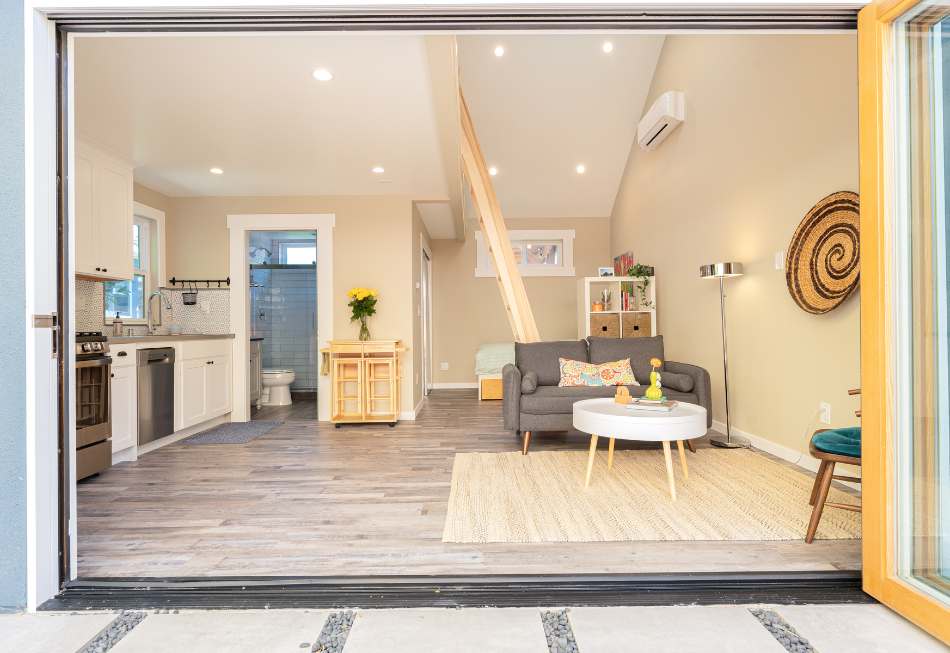 You can’t just hire any designer or architect that has an impressive portfolio. It’s extremely important to have a designer who not only has experience designing ADUs but also has a deep understanding of your local regulations and state regulations and understands construction costs.

While design costs usually only take up about 8% of the total cost of an ADU, your designer makes a MASSIVE impact on the final cost of your ADU project. Here’s why:

Designing in a smaller footprint is more difficult

Most people assume designing an ADU is simpler than a full-sized residence since you’re dealing with a smaller unit, but it’s actually more difficult. Remember, you have to pack a kitchen, bathroom, utilities, and many other things into the ADU while also deciphering vague regulations, which brings us to our next point…

Cities often don’t even know their own ADU regulations

Every city is going to have different ADU regulations. With so many changes rolling through, some cities are going to have a hard time playing catch-up as well.

This is why hiring a designer with experience in designing ADUs in your local jurisdiction is so important. In case your permit application gets denied for something that should have been approved according to state or local regulations, your designer can go to bat for you. That’s their job after all!

Your designer may present you with a stunning design with custom rooflines and massive windows. It’s going to look great, but are they thinking about construction costs?

We had a client put into an unfortunate situation in which their designer had created a very complex roofline. Everything was smooth sailing until they met with a builder who told them that had they gone with a simpler roof with engineered trusses, they could’ve saved $30,000 in construction costs. Yikes! If your designer doesn’t ask about your construction budget, it’s time to find a new one. While you wait for your permits to go through the permitting process, this is a great time to talk to some general contractors. We highly recommend getting bids from at least three contractors. This way, you can get a ballpark estimate and weed out contractors that either underbid or overbid.

We have a complete guide on sourcing a general contractor for your ADU project here.

This is by far the most exciting part. You get to watch your ADU take shape and transform to what you’ve been envisioning for months.

Is an ADU a good investment?

$125,000 is a big number to take in, but when you take all of the benefits into consideration, you’ll realize just how great of an investment an ADU can be.

A lot of renters are drawn to ADUs thanks to the privacy as opposed to an apartment in a complex where you share walls with multiple neighbors, and the outdoor space is a plus too! As a result, you can typically rent your ADU for slightly higher than average.

Let’s say you rent your ADU for about $1,500. After paying your monthly loan, that’s an extra $421 in your savings, retirement, travel fund, or whatever every month!

Maxable is your go-to source for San Antonio ADU info!

Got a taste for more ADU intel? Maxable has been educating homeowners and helping them design and build ADUs since 2017. Check out our blogs, ADU Tours, and Youtube channel to find all the tips and tricks you need to get your project off the ground. Start learning more today!

About the Author: Seidy V.

Seidy Villalobos is a California native turned ADU expert. She wants to help more homeowners understand what is an accessory dwelling unit and inspire them to start their own ADU project. She's visited dozens of accessory dwelling units ranging from garage conversions, stand-alone ADUs, and ADUs over garages, to interview Californians on their ADU and provide valuable insight.